In recent years, nations throughout the Americas have sought to build their democracies on the foundations of inclusion, justice, and human rights. In Central America, this has required addressing the long-standing inequalities and legacies of violence that have marred the region, and civil society actors have often taken the lead. This online event convened experts in international development, journalism, and the rule of law to discuss the future of civil society engagement in Central America. Fr. Matthew Carnes, S.J., director of the Center for Latin American Studies, Department of Government and School of Foreign Service, moderated the discussion.

This was the second event in the Central America in Focus series, which brings together stakeholders across sectors to address the policy, financial, and civil society dimensions of the challenges facing the region.

Michael Camilleri is a senior advisor to the Administrator and Executive Director of USAID’s Northern Triangle Task Force. He was most recently Director of the Peter D. Bell Rule of Law Program at the Inter-American Dialogue. From 2012 to 2017, he served in the Obama-Biden Administration as the Western Hemisphere advisor on the Secretary of State’s Policy Planning Staff and as Director for Andean Affairs at the National Security Council. Earlier in his career, he worked as a human rights lawyer at the Organization of American States, the Center for Justice and International Law, and with a coalition of civil society organizations in Guatemala. Michael is a former term member of the Council on Foreign Relations, and his analysis has appeared in Foreign Affairs, Foreign Policy, the New York Times, and The Washington Post. A Maltese immigrant raised in Minnesota, Michael holds a B.A. in history from the University of Notre Dame and a J.D. from Harvard Law School.

Celina de Sola is co-founder of and president of programs at Glasswing. Her work focuses on designing and implementing innovative, community-based initiatives that bring together institutions and people for joint action. She’s worked as a consultant for organizations like the Population Council, URC, and family foundations. Celina was also a crisis interventionist for Latino immigrants in the US and subsequently spent over five years as Director of Emergency Response for AmeriCares. She is a Fellow of the Obama Foundation, Ashoka, LEGO ReImagine Learning, Penn Social Impact House. She is also a Skoll Foundation Awardee and a Tallberg Global Leader. She serves on several non-profit Boards and is a member of the InterAmerican Foundation’s Advisory Council. Celina has also been featured on Time, CNN en Español, HuffPost Live, Forbes Centroamérica, Yes! PopSugar, Univision and has spoken about the region’s relevant issues at conferences worldwide. Celina holds a master’s degree in public health from Harvard University and one in social work from the University of Pennsylvania’s School of Social Policy and Practice.

Ivan Taylor is an Emmy- winning journalist and investigative reporter at Univision. He has 18 years of experience in the industry of broadcasting. Prior to Univision Miami, Ivan Taylor was based out of New York where he worked for Telemundo 47 as Weekend News Anchor. Soon after, he joined Telemundo Network News as National Correspondent and relocated to Houston, Texas, covering news from the Lone Star State and surrounding areas. Throughout his career, Taylor has reported on presidential elections in Latin America, specifically in Venezuela and Nicaragua. He recently traveled to Havana to cover developments in diplomatic relations between the United States and Cuba. Taylor also covered the historic visit of Pope Francis to the island as one of the few journalists allowed to enter Cuba with a journalist visa. Taylor received a bachelor’s degree in mass communications and journalism from FIU (Florida International University), and earned an associate of arts from Miami Dade College. 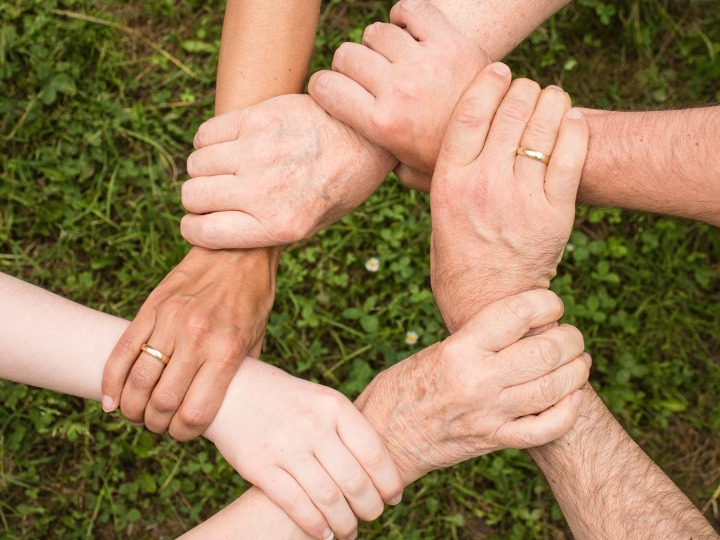 Group of people holding hands together in unity

RSVP to Creating Conditions for Social Justice in Central America