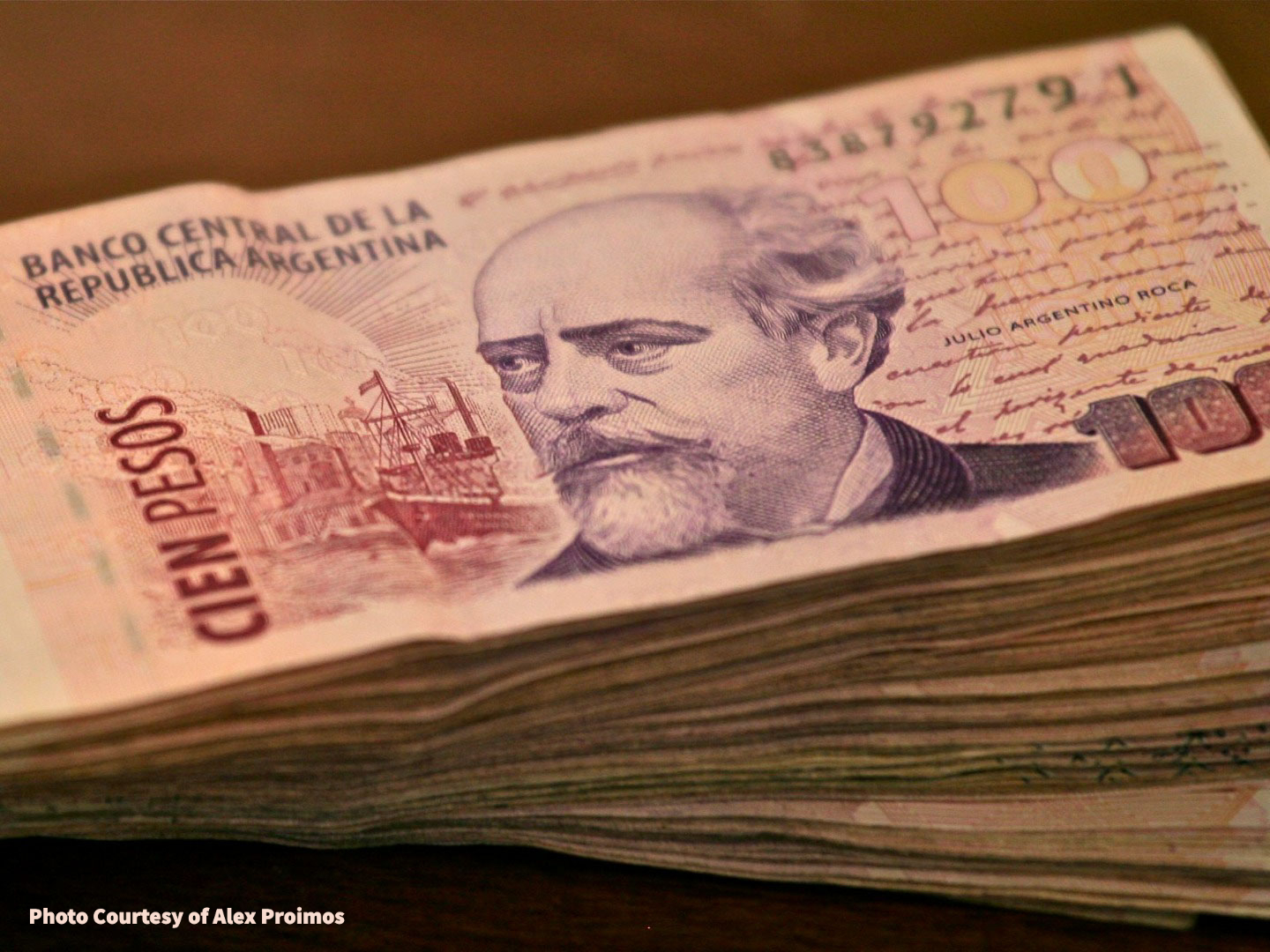 Inflation in Argentina is estimated to reach 95% by the end of 2022, and economists forecast that it will hit a three-digit mark by the beginning of 2023—the third highest expected inflation in the world according to the International Monetary Fund (IMF). GDP per capita has been stagnant for the last decade and poverty is anticipated to reach 40% in 2022. Once one of the richest nations on the continent, Argentina has experienced a long process of economic decline as the country has been plagued by decades of economic crisis, 22 IMF emergency financial programs, nine debt defaults, and growing poverty rates.

How can Argentina’s leaders reduce inflation to match the inflation rates faced by neighboring countries? Should Argentina abandon the peso and make the U.S. dollar its official currency or follow a more traditional stabilization program like in Brazil, Chile, Colombia, and Mexico? What policies can be implemented to foster inclusive and sustainable economic growth? How can Argentina strengthen its ties with the international economy? To discuss these issues, the Georgetown Americas Institute hosted three-panel discussions with leading economists and policymakers to analyze potential alternatives for economic reform in Argentina.

Laura Alfaro is the Warren Alpert Professor of Business Administration at Harvard Business School. She is also a faculty research associate in the NBER International Finance and Macroeconomics Program and the International Trade and Investment Program. She served as minister of national planning and economic policy in Costa Rica from 2010 to 2012. Alfaro is co-editor of the Journal of International Economics and the World Bank Research Observer. She has published articles in journals such as the American Economic Review, Review of Economic Studies, Journal of Political Economy, and Journal of International Economics, as well as Harvard Business School case studies, on topics in international economics and in particular international capital flows, foreign direct investment, sovereign debt, trade, and emerging markets. She earned her Ph.D. in economics from the University of California at Los Angeles. She received a B.A in economics with honors from the Universidad de Costa Rica and a 'Licenciatura' from the Pontificia Universidad Católica of Chile.

Aquiles Almansi has been an international consultant on financial systems regulation and crisis management since March 2021. From 2002 to 2021, he served as a senior and lead financial sector specialist at the World Bank, where he led crisis simulation exercises for financial sector authorities, helping them practice dealing with incidents, including cyberattacks, affecting financial stability. He has published a digest on cybersecurity guidance and regulations for the financial sector since 2017 and produced comparative analysis on selected national regulations on cybersecurity in financial institutions. Before joining the World Bank, he had extensive experience in the public and private sectors and academia, including Citigroup Asset Management as a senior investment officer, Central Bank of the Argentine Republic as a member of the board of directors, BNP Paribas New York, and UCEMA and the University of Michigan as a professor of economics. He holds a Ph.D. in economics from the University of Chicago.

Domingo Cavallo is currently a partner in Global Source Partners LLC and the chairman and CEO of DFC Associates LLC. He is a member of the Group of Thirty. He is also honorary president of Fundación Mediterránea, the research institute in applied economics he created in 1977 and led between 1977 and 1987. He was Argentina’s minister of economy (1991-1996 and 2001) and minister of foreign affairs (1989-1991); he was elected national congressman on two occasions (1987-1991 and 1997-2001) and also served as chairman of the Central Bank of the Argentine Republic in 1982. He was professor of economics in the National University of Córdoba, visiting professor of economics at the Stern Business School at NYU, and Robert F. Kennedy Visiting Professor of Latin American Studies at Harvard University. Cavallo holds a Ph.D. in economics from Harvard.

Monica de Bolle has been a senior fellow at the Peterson Institute for International Economics since January 2017 and is former director for Latin American studies and emerging markets at the School of Advanced International Studies at Johns Hopkins University. She focuses on macroeconomics, foreign exchange policy, monetary and fiscal policy, trade and inequality, financial regulation, and capital markets. During the COVID-19 pandemic, she has also expanded into public health research and specialized in immunology, genetics, and biochemistry at Harvard Medical School. De Bolle is currently pursuing an advanced graduate degree in infectious diseases and human immunology at Georgetown University. De Bolle has authored and coauthored a number of books on the global economy and Brazil's policy challenges, including How to Kill the Blue Butterfly: A Chronicle of the Dilma Era (2016), The State of the World Economy, Challenges and Responses: Essays in Honor of Pedro S. Malan (2014), The Future of Brazilian Manufacturing: The Deindustrialization Debate (2013), and New Dilemmas in Economic Policy (2011). De Bolle obtained her B.A. in economics from the Pontifical Catholic University of Rio de Janeiro and holds a Ph.D. in economics from the London School of Economics and Political Science.

Guillermo Mondino is an adjunct professor at the Columbia University School of International and Public Affairs. He is also a consultant to financial institutions and multilateral policy institutions. Previously, he was the chief economist and strategist at Mogador Capital Management and managing director and head of emerging markets economics and strategy research at Citi from 2011 to 2016. From 2008 to 2011 he was the head of emerging markets strategy at Barclays Capital, where he also led Latin America research. From 2004 to 2008, he was the head of emerging markets research at Lehman Brothers. Before joining Wall Street, he had ample experience in the policy world where he held roles in the Ministry of the Economy in Argentina, having had responsibilities as secretary of finance, secretary of economic policy, and chief of the Cabinet of Advisors. He has held academic positions at Yale University, the University of Chicago Booth School of Business, and Di Tella and San Andres universities in Argentina. Guillermo holds a Ph.D. in economics from Yale University.

Emilio Ocampo is a professor of finance and economic history at the Universidad del CEMA  and director of its Center for the Study of Economic History. Between 2013 and 2014 he was an adjunct professor of finance at NYU’s Stern School of Business. Between 2016 and 2020 he was senior associate at the Center for Strategic and International Studies (CSIS). Between 1990 and 2005 he worked as an investment banker for international financial institutions in New York and London. He is the author and/or editor of 10 books on history and economics, numerous academic and journalistic articles, and has lectured on topics related to both disciplines in Argentina and abroad. His latest book is Dolarización: Una Solución para la Argentina (2022, with Nicolás Cachanosky). Ocampo has a graduate degree in economics from the University of Buenos Aires and an MBA degree from the University of Chicago.

Guillermo Ortiz is currently senior advisor and board member of BTG Pactual and former chairman of BTG Pactual Latin America ex-Brazil. He was chairman of the board of Grupo Financiero Banorte from March 2010 to December 2014. Ortiz is chairman of the Per Jacobsson Foundation and a member of the Group of Thirty. He was governor of Banco de Mexico from January 1998 to December 2009. From December 1994 to December 1997, Ortiz served as secretary of finance and public credit in the Mexican Federal Government. He served in the board of governors of the International Monetary Fund, the World Bank, and the Inter-American Development Bank (IADB). In 2006 he was appointed to the board of the Bank for International Settlements and was elected chairman of the board in 2009. Prior to heading the Ministry of Finance in Mexico, he was executive director at the IMF. Ortiz earned a B.A. degree in economics from the Universidad Nacional Autónoma de México and a Ph.D. in economics from Stanford University.

Lisa Schineller is managing director for Standard and Poor’s (S&P) Global Ratings. Shineller is a lead analyst in sovereign and international public finance ratings for the Americas and responsible for sovereign analysis covering key credits such as Argentina, Brazil, and Mexico. She was an adjunct associate professor at the Columbia University School of International and Public Affairs from 2006 to 2009. Before joining S&P Global Ratings in August 1999, Shineller worked in the international finance division at the Federal Reserve Board of Governors in Washington, DC, for over three years as the French desk economist and world oil economist. She was also an economist at Exxon Company International, Corporate Affairs, where she analyzed and projected economic and energy developments in Latin America (mainly Brazil) and Europe. She holds a B.A. degree in economics and Spanish from Wellesley College and a Ph.D. in economics from Yale University.

Alejandro Werner is the founding director of the Georgetown Americas Institute and a non-resident senior fellow at the Peterson Institute. He recently completed almost nine years as director of the Western Hemisphere Department at the International Monetary Fund. Prior to that appointment, he was undersecretary of finance and public credit in Mexico’s Finance Ministry and held several positions in that ministry and the Central Bank. He also taught at leading universities in Mexico, Spain, and the United States. He holds a Ph.D. in economics from the Massachusetts Institute of Technology and a B.A. in economics from ITAM.

Maral Shamloo (moderator) is a managing director in fixed income and liquidity solutions within Goldman Sachs Asset Management, where she is responsible for sovereign economic research on the emerging market debt team. She joined Goldman Sachs in 2021 as a managing director. Prior to joining the firm, Maral worked at the International Monetary Fund as mission chief for Grenada and country economist for Argentina and Greece, among other roles. She also spent a year as a principal economist at the Bank of Canada working at the financial markets department. Maral earned a Ph.D. in economics from the London School of Economics, a Master of Public Administration degree from Harvard University, and degrees in electrical engineering from the University of Cambridge and MIT.

Frank Vella (moderator) is the Edmond V. Villani Chair Professor in economics at Georgetown University. He is the director for the Georgetown Center for Economic Research, and research associate at Institute of Fiscal Studies, London. He is a fellow of the Econometric Society.

Denisse Yanovich (moderator) is the managing director of the Georgetown Americas Institute. Prior to joining Georgetown, she was the deputy to the president at the Inter-American Dialogue, a leading think tank on Latin America. She also worked at the Embassy of Colombia in Washington, managing their Public Diplomacy program, and Fedesarrollo, an economic policy think tank in Colombia, as a research associate. Yanovich holds a B.S. and M.A. in economics from Universidad de Los Andes in Bogotá and M.A. in art history from the Courtauld Institute of Art, University College, London.

RSVP to Economic Stabilization and Reform Options for Argentina