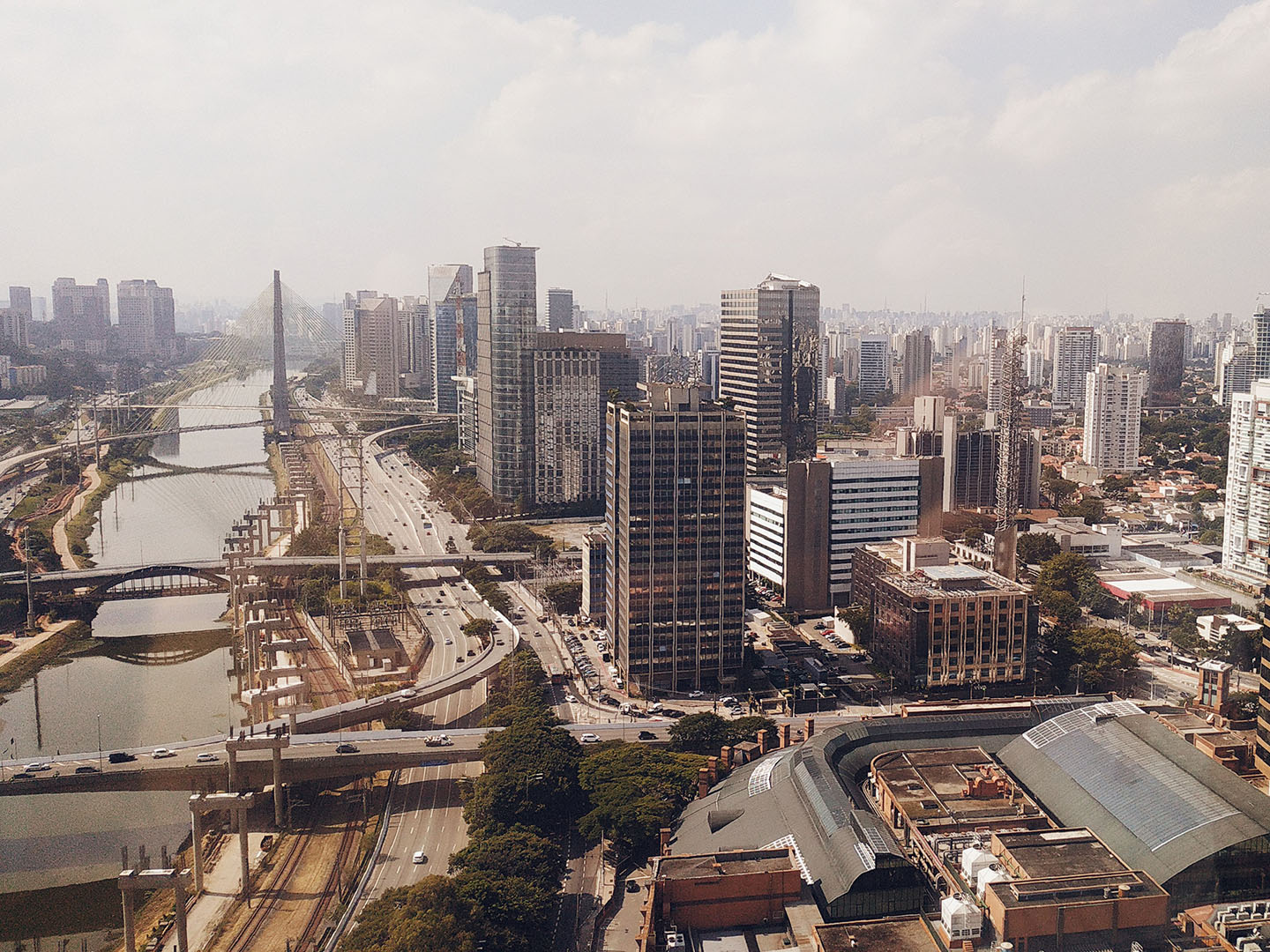 This daylong event is an in-person academic conference and policy discussion at the Insper Institute of Education and Research in São Paulo, Brazil; the event will also be livestreamed.

For decades, many Latin American economies have displayed low rates of economic growth and stagnant labor productivity accompanied by high and increasing levels of income and wage inequality.

These economies are also characterized by costly and burdensome labor regulations that are imperfectly enforced, which led to the high and persistent levels of informality observed in the region. While this increases the level of flexibility, it may also induce less investment in human capital, higher earnings volatility, greater misallocation of resources across firms and sectors, and result in lower aggregate productivity and growth. Moreover, informal workers typically do not have access to social security and unemployment insurance, and they are not covered by minimum wage legislation.

Leading scholars will discuss issues related to wage setting and labor market informality in Latin America during the academic conference, which will be followed by a moderated policy discussion combining a number of these scholars with a group of policymakers with specific expertise for this region.

This event is co-sponsored by the Insper Institute of Education and Research, the Georgetown Americas Institute, the Georgetown University Global Economic Challenges Network, the Centre for Microdata Methods and Practice (Cemmap), and the Econometric Society.

Online: For those who wish to join online, please RSVP via Zoom. The event will also be livestreamed on YouTube.

In-person: For those who wish to attend in person, please RSVP via Insper's event page. The in-person event will take place at Insper Institute of Education and Research, R. Quatá, 300 - Vila Olímpia, São Paulo - SP, 04546-042, Brazil.

David Card is the Class of 1950 Professor of Economics at the University of California, Berkeley, and director of the Center for Labor Economics and the Econometric Lab. Before joining Berkeley he taught at University of Chicago from 1982 to 1983 and Princeton University from 1983 to 1996. He has held visiting appointments at Columbia University, Harvard University, University of California, Los Angeles, and the Center for Advanced Study in the behavioral sciences. From 2012 to 2017 he was director of the Labor Studies Program at the National Bureau of Economic Research. Card’s research interests include wage determination, education, inequality, immigration, and gender-related issues. He co-authored Myth and Measurement: The New Economics of the Minimum Wage (1995), co-edited eight additional titles, and has published over 100 journal articles and book chapters. In 1995, he received the American Economic Association's John Bates Clark Prize, which is awarded to the economist under 40 whose work is judged to have made the most significant contribution to the field. He was president of the American Economic Association in 2021 and co-recipient of the Nobel Memorial Prize in Economics in 2021.

Pinelopi (Penny) Koujianou Goldberg is the Elihu Professor of Economics and an affiliate of the Economic Growth Center at Yale University. She holds a joint appointment at the Yale Department of Economics and the Jackson School of Global Affairs. From 2018 to 2020, she was the chief economist of the World Bank Group. Goldberg was president of the Econometric Society in 2021 and has previously served as vice president of the American Economic Association. From 2011 to 2017 she was editor-in-chief of the American Economic Review. She is member of the National Academy of Sciences and the American Academy of Arts and Sciences, recipient of Guggenheim Memorial Foundation and Sloan Research Fellowships, and recipient of the Bodossaki Prize in social sciences. She is also a research associate at the National Bureau of Economics Research (NBER), distinguished fellow of the Centre for Economic Policy Research (CEPR), and board member of the Bureau of Research and Economic Analysis of Development (BREAD).

Mauricio Cárdenas is a visiting senior research scholar at the Center on Global Energy Policy and a visiting professor at the School of International and Public Affairs at Columbia University. He is also a distinguished fellow at the Center for Global Development in Washington, DC. He was Colombia’s finance minister between 2012 and 2018. He holds a Ph.D. in economics from the University of California at Berkeley.

Sergio Firpo is the Instituto Unibanco Chair Professor at Insper Institute of Education and Research. He received his Ph.D. in economics from the University of California, Berkeley. He is an elected fellow of the Econometric Society and a research fellow of the Institute for the Study of Labor (IZA), among others.

Erica Fraga is a senior analyst at the Economist Intelligence Unit (EIU). She has worked as editor, journalist, columnist, and correspondent for O Globo, Folha de São Paulo, and the Economist. She holds a master’s degree in international political economy from University of Warwick and a bachelor’s degree in journalism from the Federal University of Rio de Janeiro (UFRJ).

Ilan Goldfajn is the director for the Western Hemisphere Department of the International Monetary Fund (IMF). He was the president of the Brazilian Central Bank between 2016 and 2019, and he currently serves as president of the Credit Suisse Board of Advisors. He received his Ph.D. in economics from the Massachusetts Institute of Technology.

Lorenzo Lagos is an assistant professor in the Department of Economics at Brown University and a research affiliate at the Institute for the Study of Labor (IZA). He received a Ph.D. in economics from Columbia University in 2020 and was posted as a postdoctoral research associate in the Industrial Relations Section of Princeton University in 2021.

Zeina Latif is the São Paulo state secretary for economic development. She was the chief economist for XP Investments from 2014 to 2020 and worked for leading financial institutions such as ABN-Amro Real and HSBC Bank USA. She has a Ph.D. in economics from the University of São Paulo (USP).

Santiago Levy is a senior advisor at the United Nations Development Programme and a nonresident senior fellow with the Global Economy and Development Program at the Brookings Institution. He was previously president of the Latin American and Caribbean Economic Association. From 2008 to 2018 he was the vice president for sectors and knowledge at the Inter-American Development Bank. From 1994 to 2000, Levy served the Mexican government as deputy minister of the Ministry of Finance and Public Credit. He received his Ph.D. in economics from Boston University.

Marcos Lisboa is the president of Insper Institute of Education and Research. From 2006 to 2009, he served as executive director at Itaú Unibanco and as vice president from 2009 to 2013. From 2005 to 2006, he was president of the Brazilian Reinsurance Institute and served as the economic policy secretary for the Finance Ministry from 2003 to 2005. He was assistant professor at Stanford University from 1996 to 1998 and at the Brazilian School of Economics and Finance (EPGE-FGV) from 1998 to 2002. Lisboa holds a Ph.D. in economics from the University of Pennsylvania.

Laura Machado is the São Paulo state secretary for social development. She holds a master’s degree in applied economics from the University of São Paulo (USP). She teaches and coordinates several courses in public policy at Insper Institute of Education and Research.

Aureo de Paula is professor of economics at University College London and joined the Centre for Microdata Methods and Practice (CEMMAP) in 2011. He is a research fellow with the Institute for Fiscal Studies and Centre for Economic and Policy Research, a research affiliate with the Population Studies Center at the University of Pennsylvania, and a member of the Inequality: Measurement, Interpretation, and Policy network of the Human Capital and Economic Opportunity Global Working Group (HCEO), among others. He is a fellow of the Econometric Society. He received his Ph.D. in economics from Princeton University.

Cristine Pinto is full professor of economics at Insper Institute of Education and Research. Her fields of interest are econometrics, labor economics and economic development. She received a Ph.D. in economics and a master’s degree in statistics from the University of California, Berkeley.

Brenda Samaniego is assistant professor in the Department of Economics at the University of California at Santa Cruz. She received a Ph.D. in economics from the University of Chicago in 2017 and was a visiting scholar at the Federal Reserve Bank of St. Louis.

Rodrigo Soares is the Lemann Foundation Professor of Economics at Insper Institute of Education and Research. He is also the Lemann Family Foundation Visiting Professor of Brazilian Studies at Columbia University from 2022 to 2025. He is an elected fellow of the Econometric Society. Soares holds a Ph.D. in economics from the University of Chicago.

Francis Vella is the Edmond V. Villani Chair Professor in economics at Georgetown University. He is the director for the Georgetown Center for Economic Research, and research associate at Institute of Fiscal Studies, London. He is a fellow of the Econometric Society.

Alejandro Werner joined the Georgetown University Georgetown Americas Institute as founding director in March 2022. From 2013 to 2021, he served as director of the Western Hemisphere Department of the International Monetary Fund (IMF). He was named Young Global Leader by the World Economic Forum in 2007.

Brenda Samaniego, University of California, Santa Cruz, "How much is a Formal Job Worth? Evidence from Mexico" (invited)

RSVP to Informality and Wage Setting Policies in Latin America