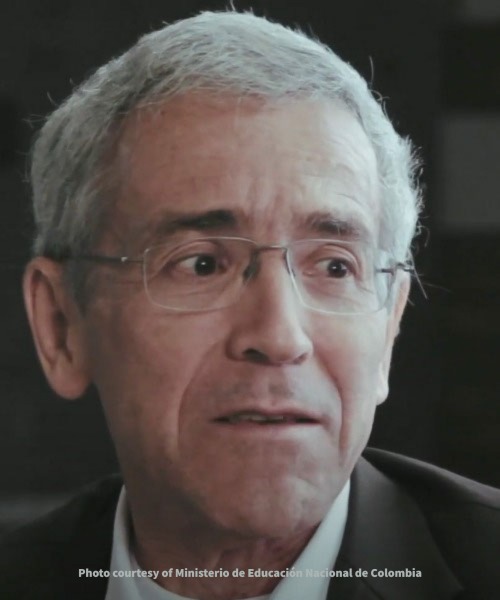 Father Francisco de Roux is a visiting fellow with the Georgetown Americas Institute and a Colombian Jesuit priest, economist, and philosopher. He is the chair of the Commission for the Clarification of Truth, Coexistence and Non-Repetition. He studied philosophy and theology at the Universidad Javeriana in Bogota, and Economics at Universidad de los Andes. He was a research student at the London School of Economics and obtained a Ph.D. in Economics at the University of Paris-Sorbonne. In 2016 he received an honorary doctorate from the Higher Council of the National University of Colombia. He is widely recognized for his work towards peacebuilding, reconciliation and dignity for the victims of the Colombian armed conflict. He has written several books in various languages, some of them in collaboration with other authors, on issues of public ethics, social conflict and development. Among his most prominent texts are Los Precios de la Paz and the most recent, La audacia de la paz imperfecta.