Event Series: Spotlight on the Americas 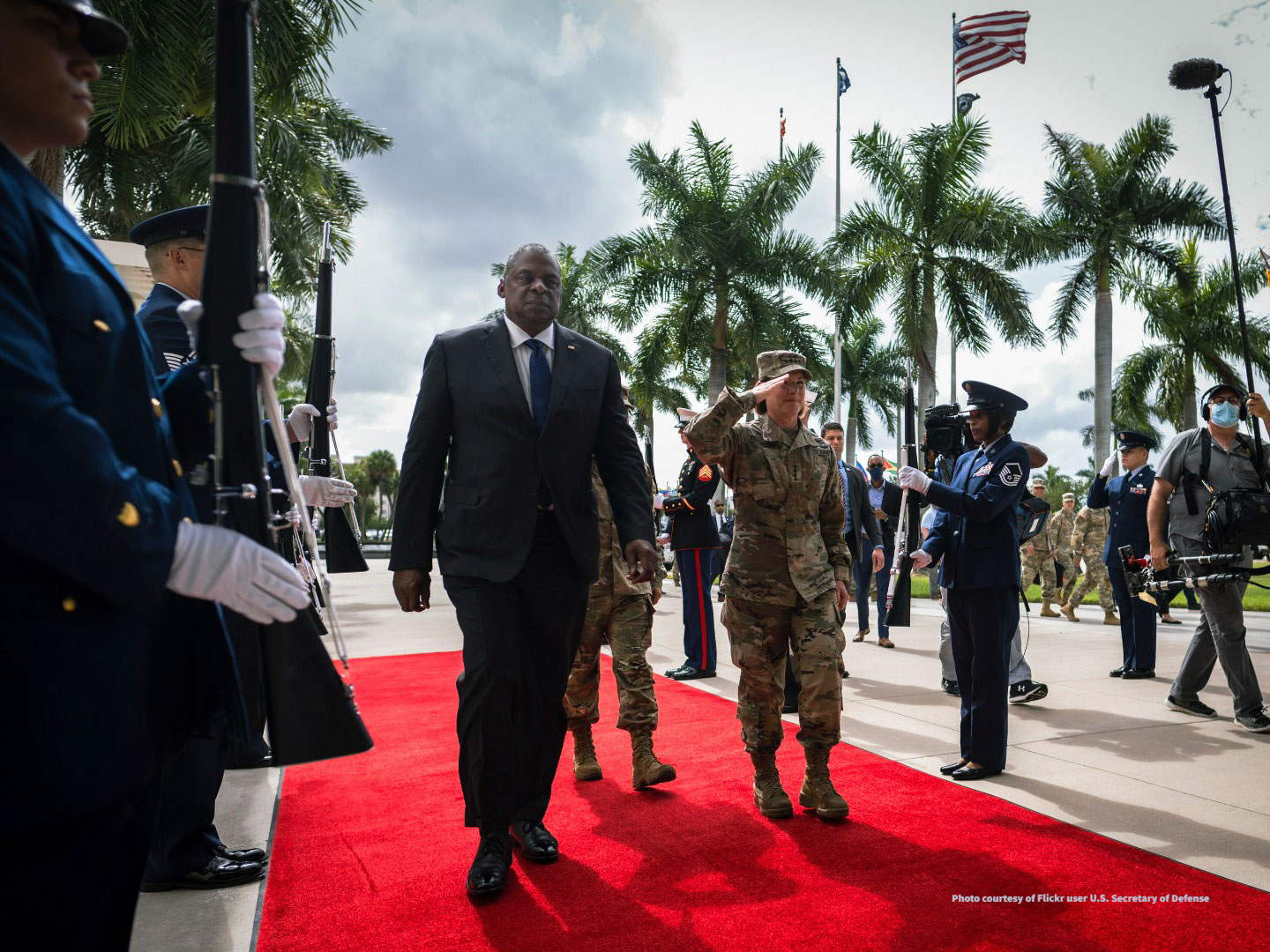 Latin America and Caribbean countries face complex multidimensional and transnational security challenges that impact U.S. national interests. The United States cooperates with the region on issues such as maritime and cyber security, intelligence sharing, defense institution-building, humanitarian assistance and disaster response, and countering transboundary threats, among others. While the region is often not prioritized over other global security issues and consequently receives less attention from U.S. policymakers and security agencies, the U.S. Department of Defense has become increasingly engaged in the hemisphere. In July 2022, Secretary of Defense Lloyd Austin made his first visit to Latin America when he led the U.S. delegation to 15th Conference of Defense Ministers of the Americas in Brazil and met with a range of bilateral counterparts from Mexico, Central America, the Caribbean, and South America.

What are U.S. defense priorities in the region, and how can the United States engage more meaningfully with Latin American and Caribbean countries to increase cooperation around mutual security interests? In this conversation, Dan Erikson, U.S. deputy assistant secretary of defense for the Western Hemisphere, will describe efforts to create a more integrated approach to regional defense.

Daniel P. Erikson is the deputy assistant secretary of defense for the Western Hemisphere at the U.S. Department of Defense. In this capacity, he is responsible for U.S. defense and security policy for the 34-nation region that encompasses Canada, Mexico, Central America, the Caribbean, and South America. Erikson previously served as the Western Hemisphere policy lead for the Biden-Harris Transition Team and as special advisor to then-vice president Joe Biden, where he covered foreign affairs and national security issues in the Americas. Prior to the White House, he served in the U.S. Department of State as senior advisor for Congressional and Inter-Governmental Affairs and senior advisor for Western Hemisphere Affairs. In 2017, he received the State Department’s Superior Honor Award for his diplomatic contributions to U.S.-Latin American relations, including the advancement of bipartisan policies to support security and development in Central America and Colombia. In addition to his U.S. government experience, Erikson has held senior positions in the private sector, think tanks, and academia. He has published widely on a range of topics in international and Latin American and Caribbean affairs and testified before the U.S. Congress. Erikson earned his master’s degree in public policy at the Harvard Kennedy School and a B.A. in international relations from Brown University. He was a Fulbright Scholar in Mexico and is a member of the Council on Foreign Relations.

RSVP to Hemispheric Security: U.S. Defense Policy in Latin America and the Caribbean