Paraguay’s Future in a Turbulent Continent

Event Series: Spotlight on the Americas 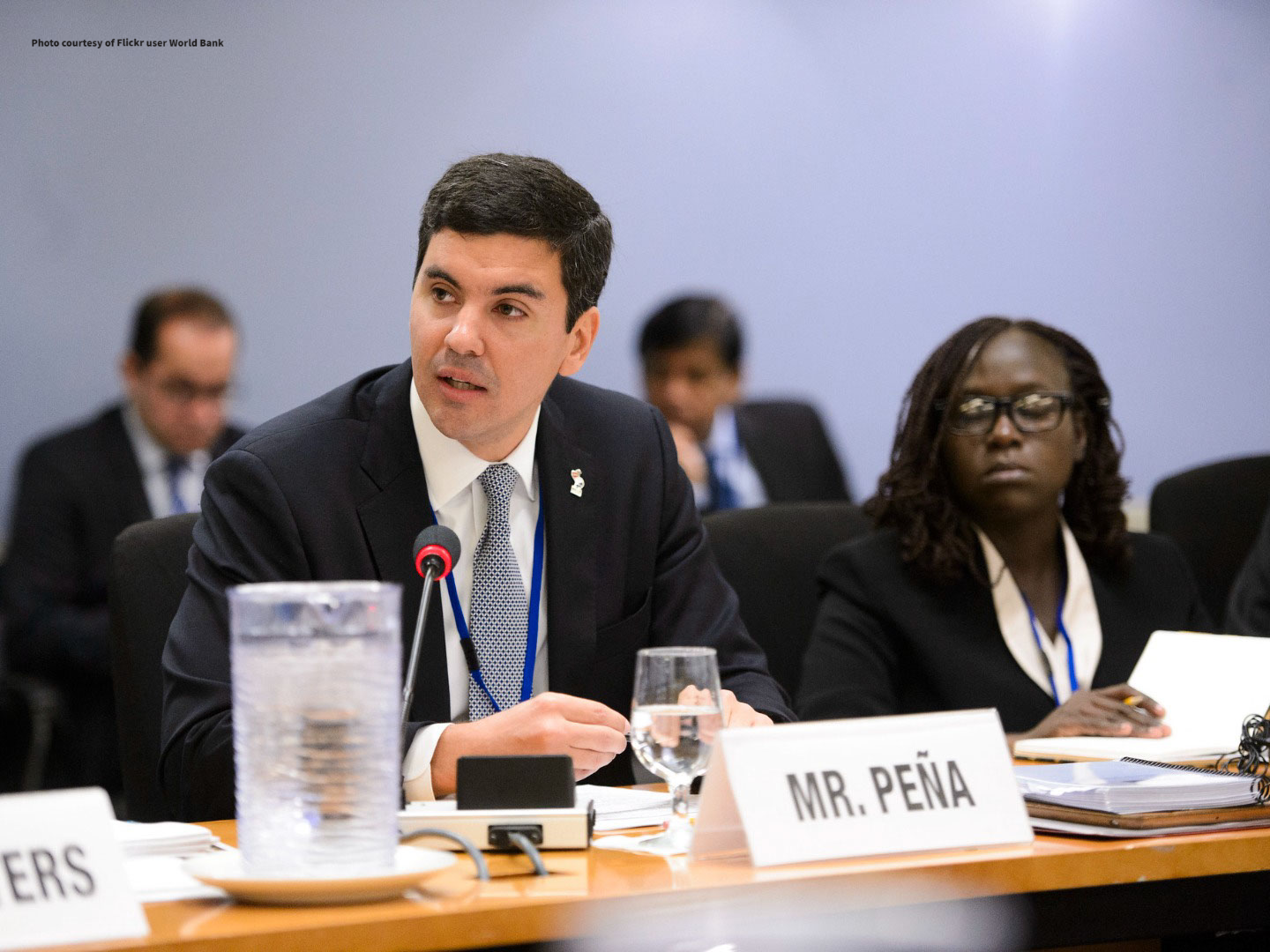 On April 30, 2023, Paraguayans will go to the polls to elect a president, vice president, all 80 members of the Chamber of Deputies, all 45 members of the Senate, and all department governors and assembly members. Party primaries were held on December 18, 2022, when voters selected Efraín Alegre as the candidate from the Concertación coalition and Santiago Peña as the candidate for the ruling Colorado Party. The Georgetown Americas Institute welcomed Santiago Peña for a discussion on Paraguay’s presidential race. Peña addressed his plans for the country and his view of Paraguay’s role and future in the context of shifting regional politics. The conversation was moderated by Denisse Yanovich.

Santiago Peña is a Paraguayan economist and politician who was recently elected as the ruling party presidential candidate for elections to be held in April 2023. Peña served as minister of finance and member of the board of Paraguay’s central bank, as well as an economist at the International Monetary Fund. He holds a master's degree in public policy from Columbia University. The Colorado Party elected Peña by a tight margin in a primary vote held on December 18, 2022.

Denisse Yanovich (moderator) is the managing director of the Georgetown Americas Institute. Prior to joining Georgetown she was the deputy to the president at the Inter-American Dialogue, a leading think tank on Latin America. She also worked at the Embassy of Colombia in Washington, managing their Public Diplomacy program, and Fedesarrollo, an economic policy think tank in Colombia, as a research associate. Yanovich holds a B.S. and M.A. in economics from Universidad de Los Andes in Bogotá and M.A. in art history from the Courtauld Institute of Art, University College, London.

RSVP to Paraguay’s Future in a Turbulent Continent