A Conversation with Mauricio Macri, Former President of Argentina 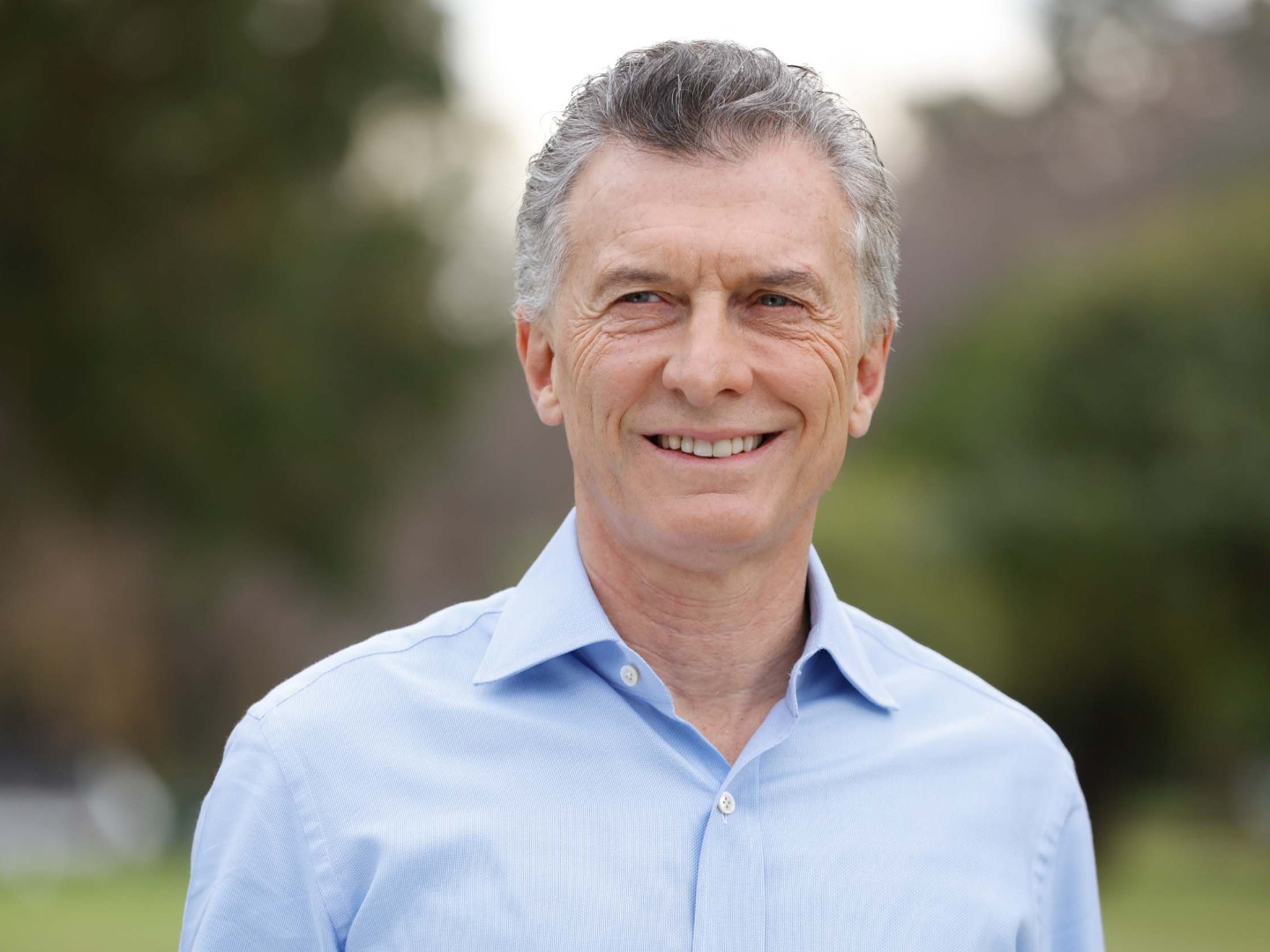 Are leaders born or made? How does one learn to lead? Former Argentinean President Mauricio Macri was named one of the top 100 most influential people in the world by TIME magazine in 2016 and 2018. In 2005, he founded a political party that led him to be elected president of Argentina—breaking with 70 years of two-party dominance in the country. In addition to his experience as president of Argentina from 2015 to 2019, he was elected twice as mayor of the City of Buenos Aires, was elected as national deputy, in 2018 was the first South American President of the G20, and was a three-time president of Boca Juniors Club. In this conversation, Macri shared insights drawn from his leadership experiences, focusing on the biggest challenges he has faced and how his definition of leadership changed throughout his career. Ricardo Ernst, executive director of the Latin America Leadership Program, gave welcoming remarks, and Maria Cancian, dean of the McCourt School of Public Policy at Georgetown University, provided introductions. Alejandro Werner, founding director of the Georgetown Americas Institute, moderated the conversation.

Mauricio Macri served as president of Argentina from 2015 to 2019 and was the first South American president to host the G20 summit. He began his political career in 2003 when he founded the political party Commitment for Change, which provided the foundation for the successor party, Republican Proposal. In the 2005 congressional elections, he won a post as a national deputy and then became the mayor of Buenos Aires in 2007; he was re-elected as mayor in 2011. In addition to his political career, Macri was the president of Boca Juniors, Argentina’s most popular association football (soccer) club, for 12 years and received FIFA’s "Living Football Award" for his role in contributing to the growth and development of the game of soccer. Currently, he serves as Spring 2022 Senior Leadership Fellow at the Florida International University’s Adam Smith Center for Economic Freedom. Macri trained as a civil engineer at the Pontifical Catholic University of Argentina and attended Columbia University for business school.

Maria Cancian (introductions) is dean of the McCourt School of Public Policy at Georgetown University and former president of the Association for Public Policy Analysis and Management (APPAM). Her research considers the dynamic between public policies and family wellbeing. Prior to joining Georgetown, Cancian was a Kellett professor, associate dean for social sciences and fiscal initiatives, and director of the Institute for Research on Poverty at the University of Wisconsin-Madison. She also served as senior advisor to the U.S. Secretary of Health and Human Services (HHS) and deputy assistant secretary for policy for the HHS Administration for Children and Families in the Obama administration, as a Casey Family Programs Senior Fellow, a W. T. Grant Foundation Distinguished Fellow in residence at the Wisconsin Department of Children and Families, a visiting scholar at the Russell Sage Foundation, and a visiting fellow at the Public Policy Institute of California. She received her doctorate in economics from the University of Michigan

Ricardo Ernst (welcome remarks) is the Baratta Chair in Global Business, professor of operations and global logistics, and the former deputy dean of the McDonough School of Business at Georgetown University. He holds a civil engineering degree from the Universidad Católica Andres Bello and an MBA from the Instituto de Estudios Superiores de Administración, both in Venezuela. He received an M.A. degree and his Ph.D. in operations management from the Wharton School, University of Pennsylvania.

Alejandro Werner (moderator) is the founding director of the Georgetown Americas Institute and a non-resident senior fellow at the Peterson Institute. He recently completed almost nine years as director of the Western Hemisphere Department at the International Monetary Fund. Prior to that appointment, he rose to undersecretary in Mexico’s Finance Ministry and taught at leading universities in Mexico, Spain, and the United States. He earned his Ph.D. in economics at the Massachusetts Institute of Technology in 1994.

Governance and the Rule of Law 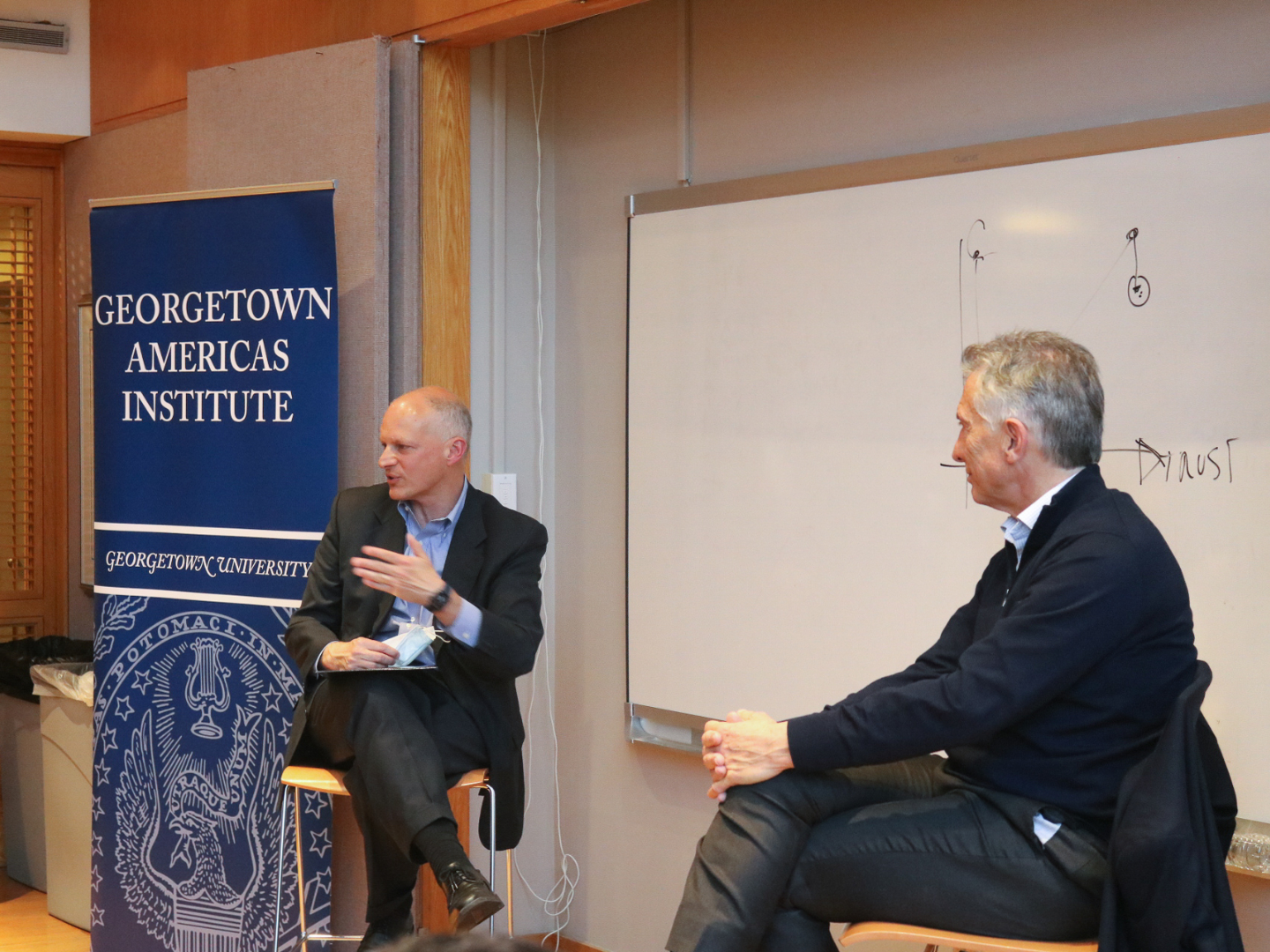 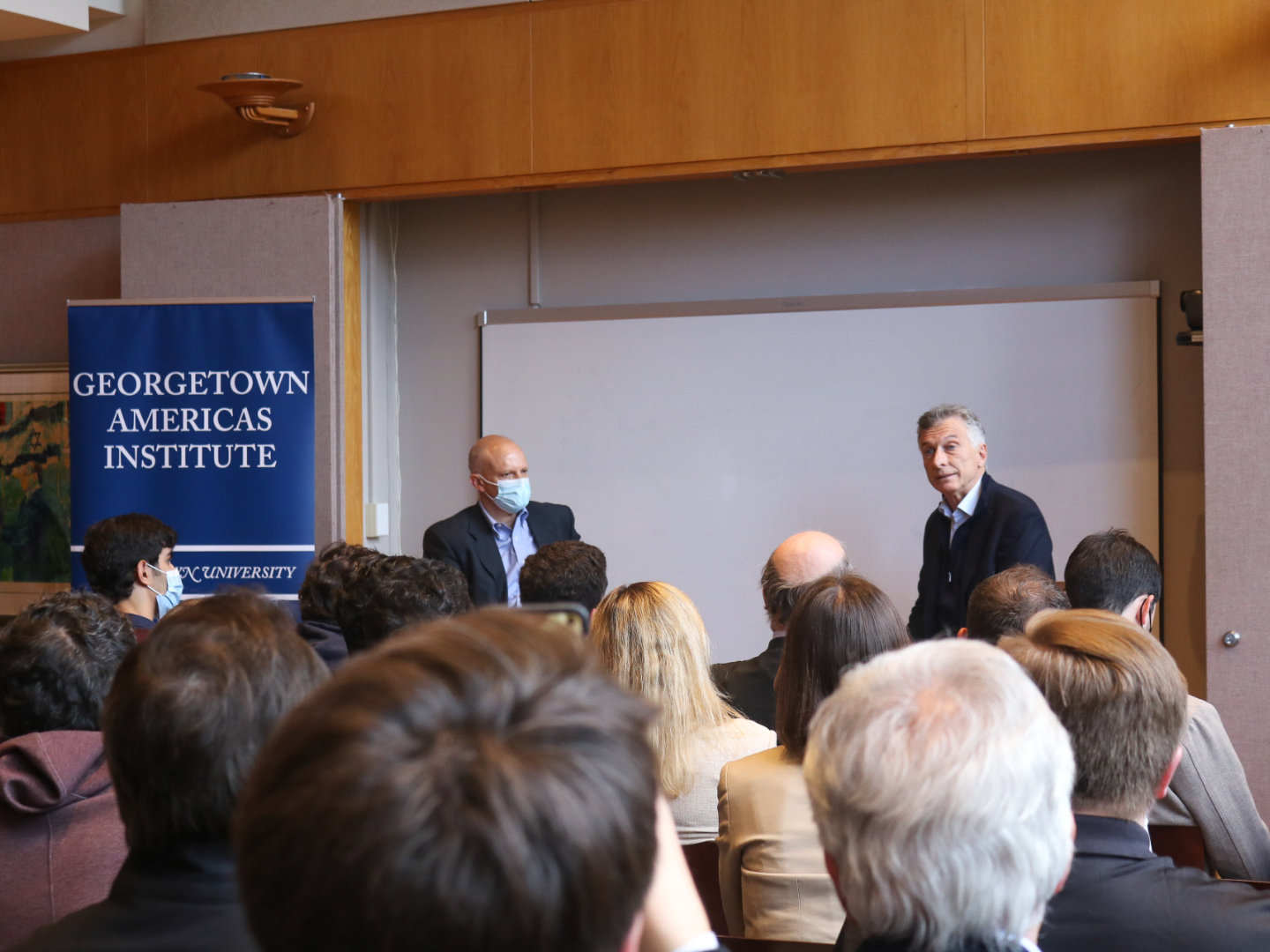 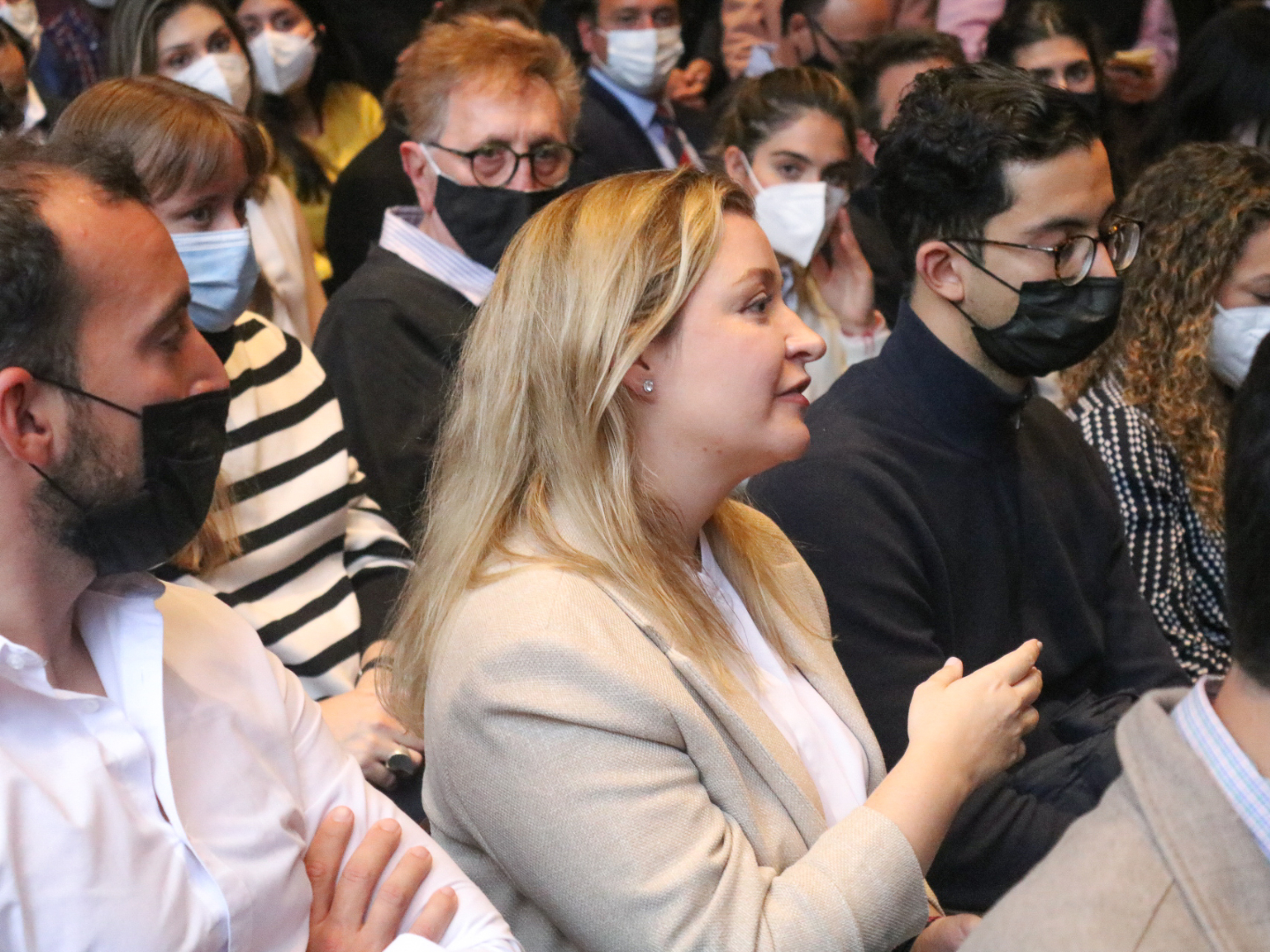 A member of the audience asking Mauricio Macri a question 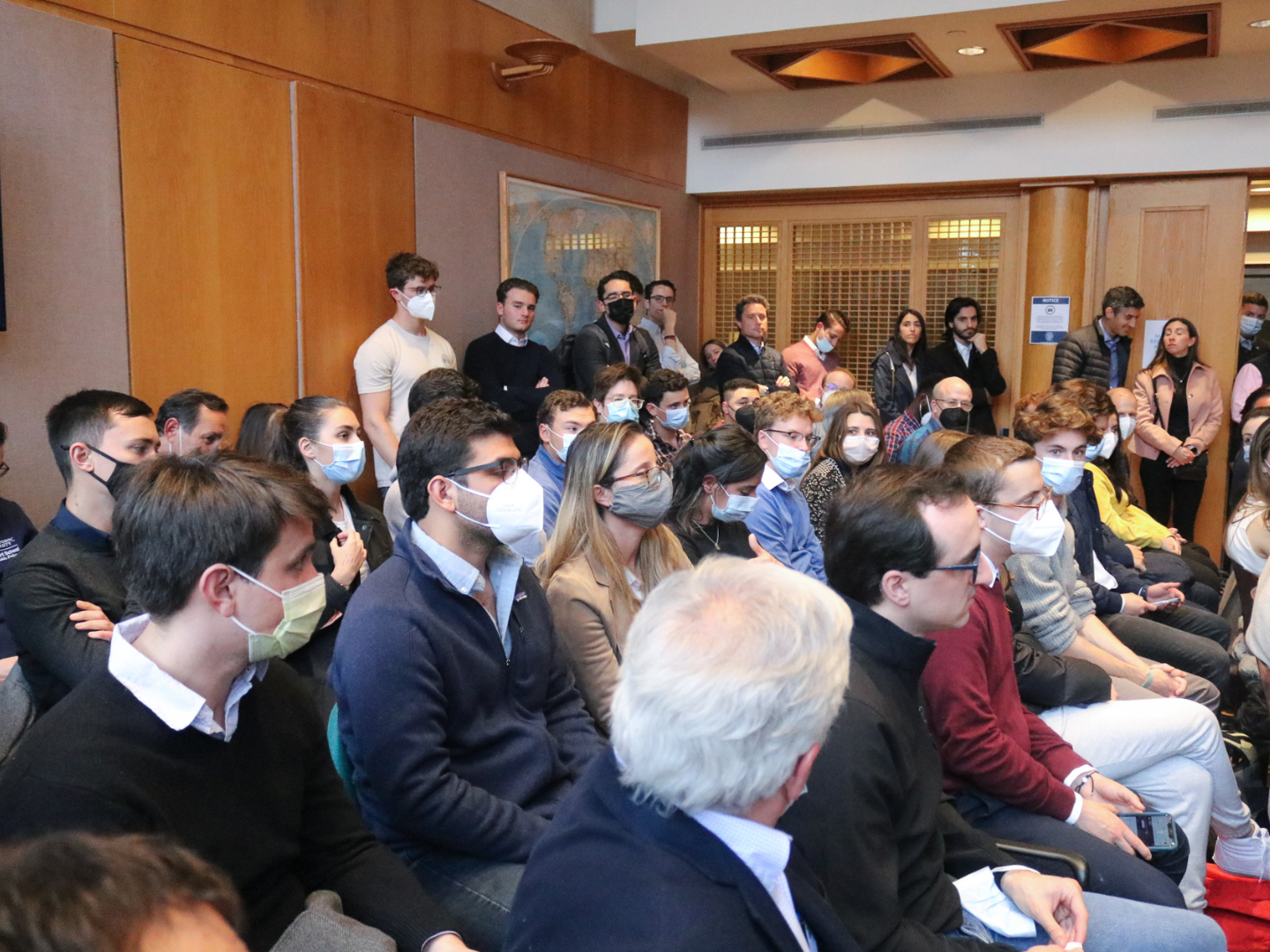 The audience listening to Mauricio Macri 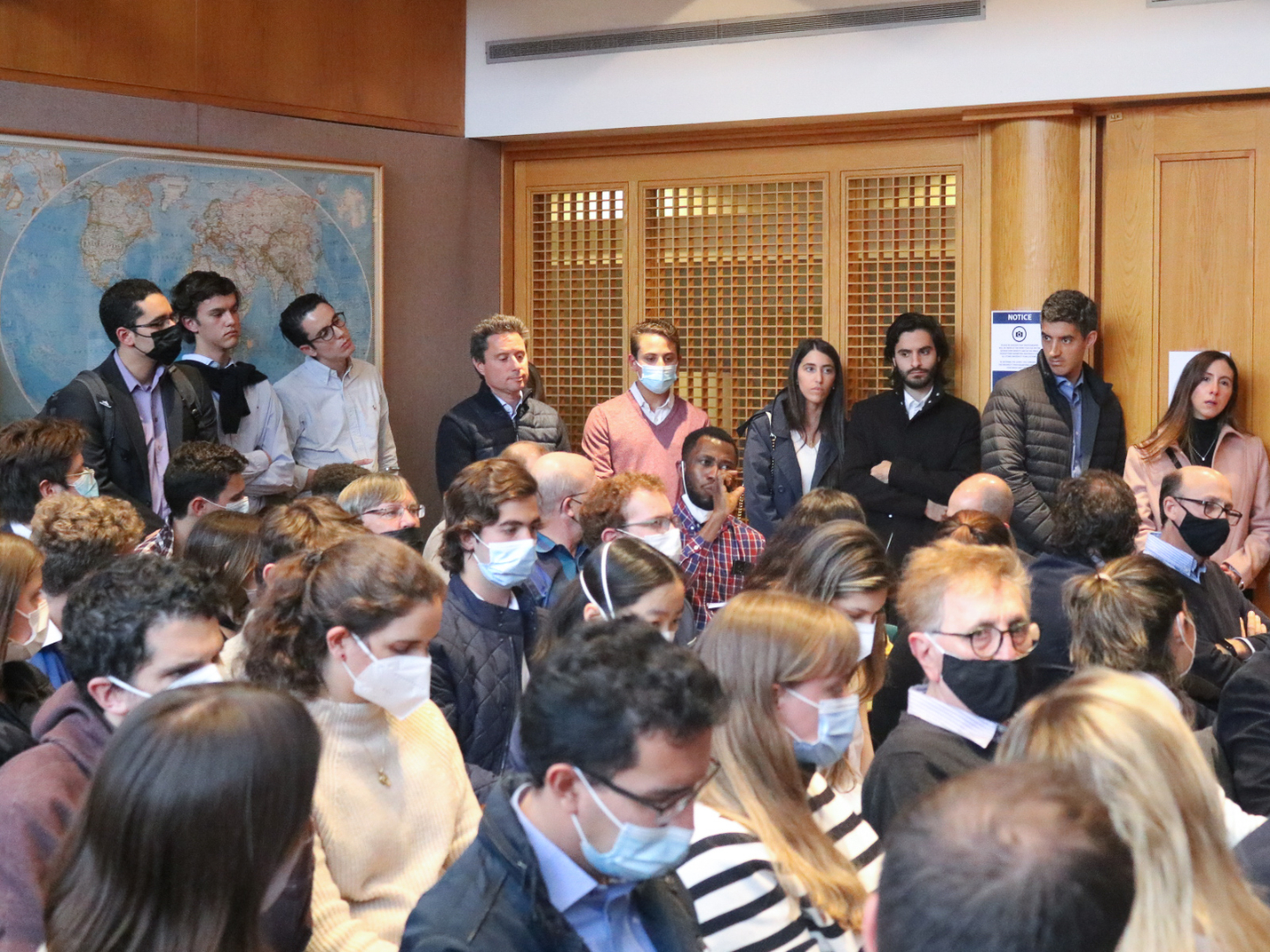 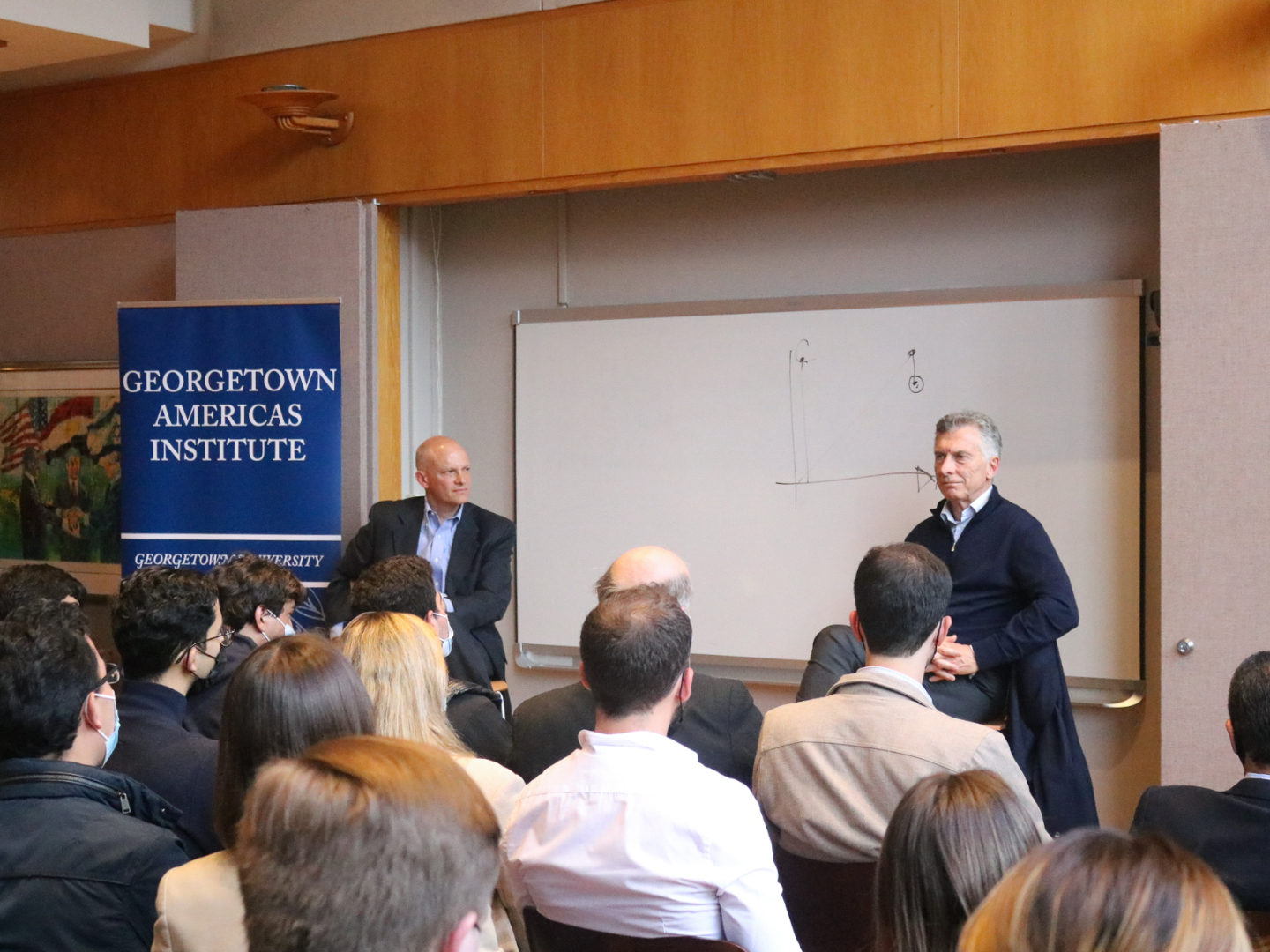 Mauricio Macri listening to a question from the audience

RSVP to Reflections on Leadership