A Presentation by Larisa Veloz

This talk focused on Mexican migration to the United States throughout the twentieth century. It examined how families lived in multiple landscapes, forged binational livelihoods, and navigated their way through the construction of physical borders and gendered barriers. Through the lens of family, women, and gender, University of Texas professor Larisa Veloz and Georgetown's John Tutino explored how migrations impact, divide, and reconstitute families, and also how binational family units tie together the histories of Mexico and the United States throughout and beyond the borderlands.

Larisa Veloz is an assistant professor of history at the University of Texas, El Paso. She received an M.A. in Latin American and Iberian studies from the University of California, Santa Barbara, and her Ph.D. from Georgetown University. Her forthcoming manuscript, "Even the Women are Leaving: Family Migration and Mexican Migrant Women Across the U.S.-Mexico Border, 1890-1965," explores the history of Mexican migrant families, women, and gender. Her current project focuses on the oral histories of Mexican migrant women during the latter part of the twentieth century. 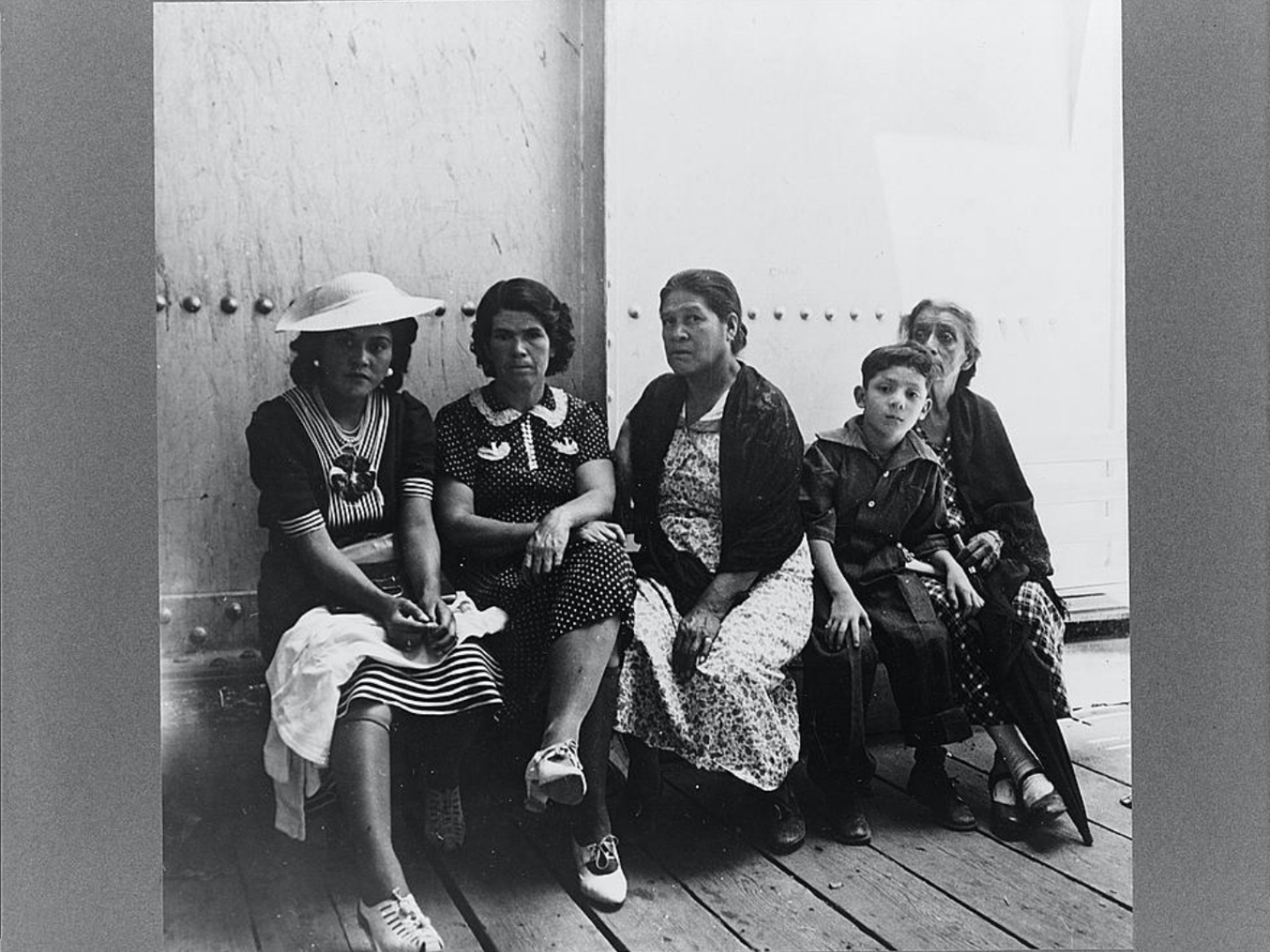 Mexican women entering the United States at an immigration station in El Paso, Texas in 1938